Networks for individualised medicine: of molecules, talents and individuals 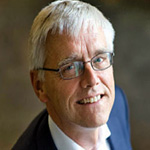 Molecules network, just as we do. This ‘sociology of molecules’ has long been overlooked; diseases were attributed to single genes. Now we know that diseases arise from failures of our molecules to network properly. In different individuals with the same disease, the network fails differently. Consequently the new and revolutionary ‘individualised medicine’ treats each patient’s network differently. For individualised medicine, another network is needed as well: of people from diverse areas of expertise, ranging from lawyers, politicians and economists, to molecular geneticists, mathematicians and ethicists. Entirely new connections between these people, and between their commercial and academic activities, need to be developed.

During this session Prof. Dr. Hans Westerhoff, a leading international expert in systems science, compared the ways in which molecules network to the ways in which people network and should network in economics, politics and the new systems medicine. He touched upon the notion of ‘the 21st century sustainably-networking professional’ and also discussed which talents should be developed to become the next generation of research-minded professionals.