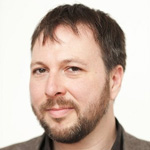 Jeremy Bierbach is Attorney at Franssen Advocaten. Prior to this he was Legal Adviser at Avocado Legal. He has extensive academic background in linguistics and IT. When he immigrated to the Netherlands from the US in 2001 he had to deal with IND’s requirements. As a result, he changed his career direction and began studying law at the University of Amsterdam, earning his LL.B and LL.M. He is specialised in Dutch and EU immigration law and represents clients in Dutch immigration procedures.