lobal Leader of the IBM Institute for Business Value 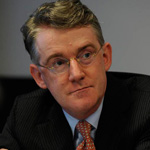 Peter Korsten is Global Leader of the Institute for Business Value at IBM. Before holding his current position, Peter was Leader of Corporate Strategy, Organisation Design and Change Management practice at PwC Consulting in Europe, the Middle East and Africa. He joined PwC Consulting in 1998 and focused on consumer goods and industrial companies throughout Europe. He is a recognised expert in contemporary strategy and has advised a wide array of Fortune Global 500 organisations. Before joining PwC Consulting/IBM Global Business Services, he worked at Boston Consulting Group, at a Fortune 500 fast-moving consumer goods company and at the largest continental European venture capital organisation. Korsten holds a Dean’s List (Honors) MBA from IMD (Lausanne, Switzerland) and has pursued post-graduate education at Harvard Business School, Insead, IMD, Ashridge, and Templeton College in Oxford.

Peter was selected as one of the world’s top 25 consultants by Consulting Magazine in 2008 and was named a ‘Dutch Star’ by the Dutch edition of BusinessWeek (FEM Business) in 2008 and 2009. He won the InCompany award for the best Management & Organisation consulting organisation in the Netherlands in 2006 and was given IBM’s most prestigious award—the IBM Global Golden Circle—in 2007. He was quoted in numerous articles in global and European media (eg. CNN, MSNBC, Fortune, BusinessWeek, Forbes, IHT) and has presented at a broad range of conferences (eg. Economist Conferences, WEF etc).

HUTAC event: 2012 Annual Conference | Changing Worlds: Growth in Times of Scarcity | Keynote speech | Leading through connections: A presentation based on over 1,600 face-to-face interviews with CEOs from all over the world.