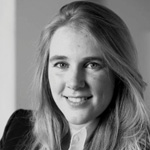 Marianne Kox joined Shell in 2010 as Researcher in the Catalysts and Advanced Manufacturing Solutions department in Amsterdam. She studied Chemistry at Utrecht University with a sidetrack in Business Administration. In the final year of her MSc she completed an internship in the Laboratory for Science and Application of Catalysis at the University of California, Berkeley (USA). After obtaining her MSc in 2005, she continued with a PhD at Utrecht University in the Inorganic Chemistry and Catalysis department. In her current work she develops new/improved catalysts to be used in various industrial processes.