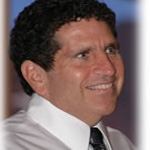 Peter Robinson is a criminal defence lawyer. He currently serves as Legal Advisor for the former Bosnian-Serbian President Radovan Karadzic at the International Criminal Tribunal for former Yugoslavia. From 2002-2010 he was Lead Counsel for the former President of the Rwandan National Assembly at the International Criminal Tribunal for Rwanda. He has also represented former Liberian President Charles Taylor’s lawyer in disciplinary proceedings at the Special Court for Sierra Leone.

He graduated from St. John’s Prep in Danvers, Massachusetts in 1971. In 1975 he graduated from Macalester College in St. Paul, Minnesota with a Bachelor of Arts in History and Political Science. Robinson earned his Juris Doctor from Lewis and Clark Law School in Portland, Oregon in 1978. He is the author of the novel ‘The Tribunal’.