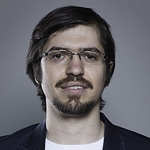 Egemen is from Turkey and has been living in the Netherlands since 2009. He was able to come to the Netherlands thanks to the Huygens Scholarship he received for his MSc in Engineering and Policy Analysis at TU Delft. After his graduation he worked for 3.5 years as a simulation consultant at TBA, a simulation and software company in Delft, where he developed simulation models to help container terminal operators worldwide in their design process of future terminal operations. In February 2015, he joined Quintiq as a Business Consultant. In his current role he designs Supply Chain Planning and Optimisation software solutions to help customers solve their planning puzzles.

He has been an active member of HUTAC since the first meeting and has joined almost all the events  He was also part of the HUTAC Board as Treasurer in the 2012-2013 term. He highly values the personal development and networking opportunities HUTAC offers and is willing to support the Board in moving the association forward.