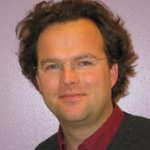 Thierry Sanders is Director and Founder of BiD Network Foundation. He founded BiD Network in 2005. BiD Network prepares emerging market entrepreneurs for investors. In just 5 years the company grew from an idea into the largest web platform for SMEs in developing countries. He also founded Unseenproducts.com and Fair Ventures. At NCDO he set up Dutch Design in Development, the BiD Challenge and the MDG Scan for multinationals. He helped initiate the Economic Impact Assessment model with Heineken to measure its impact on the local economy in Sierra Leone. In 2005 Thierry published the world’s first guide for Venture Capital Funds for development.

Prior to this, he was General Manager at EcoSecurities plc, the leading carbon trading & solutions company focused on developing country carbon projects. Thierry advised several Dutch companies on the financial return of CSR and worked at Origin, a Dutch-French IT company, setting up joint ventures in Japan. Before that, he worked with Fair Trade and the ABN Bank. He received his Master’s degree in Agricultural and Development Economics at Imperial College, London and his Bachelor’s degree in Development Economics from the University of Wales.